Aggressive teams and those who complain about them

Coaches and parents spend too much time complaining about aggression and not enough time building a strong team of their own. Keep in mind, aggression can cause fouling, but they are not the same. Fouling doesn’t define aggression. It is a sign of weakness. Maybe the player is too slow or the coach is covering up training issues with intentional fouls. It is totally possible to have an ultra-aggressive team that doesn’t foul (on purpose). It‘s not the aggression getting them in trouble, but ignorance in how to use it.

Consider the “-sion” words for a moment. Many of them describe a condition:

Aggression—a state of determination, a way of approaching problems, and a metric your enemies will use to classify your team. It can be a noun to describe something you have, or be an adjective to describe the style of how an athlete performs. It could also be a cologne/perfume.

A player who is aggressive may be faster, issue stronger challenges, and create sicker blocks.

Won’t they get in trouble?

I get it. You don’t want your kids to get the red card. I’ve never had a player take the walk of shame. I don’t want you to experience this either (unless you’re an egotistical maniac that uses a team of four-year-olds to express that “nobody ever gave you a shot”).
You need to stop complaining and or or whatever and take control of your team. You, too, could have a ridiculously tough group who is allowed to play the entire game aggressively (unless the other team forfeits mid-game).

Imagine this, it’s a cool autumn morning. Your team goes out to warm up. The other team is kicking around, and your guys walk out to the middle of the dew-covered field and do an Aboriginal Haka (an evil-looking chant). While the other dude’s team is practicing shots on their goalie, your team looks like it’s preparing for a battle with the underworld. Then, as your opponents are stretching their quads, your team is moshing to (clean) hardcore music. This is not fantasy. We used to do this! It was awesome. The nostalgia alone makes me want to jump up and “slay the dragon.”
Come on guys! This can be your team. I’ve been there! Our guys intimidated and outplayed a team (of boys) into forfeiting at halftime! 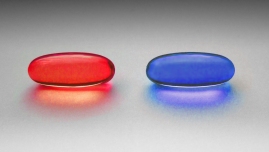 **Disclaimer**: Listen Coach, I will be straight with you. It gets crazy from here on out. This is your last chance at normal. You’re in a red pill/blue pill situation. There will be no turning back. 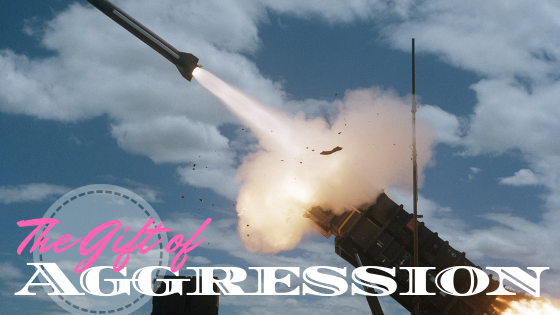 Girls just want to have fun, and boys like hunting little animals with sticks. That’s old school. It’s not accurate, though. I’ve met girls that would have broken the little boy’s stick and jabbed the two halves in his eye sockets. I’ve met boys that know more about cooking chickens than killing them.

It is true. Deep inside many men, there is the primal desire to hunt, fight and protect. We’ve been dealing with it since we were drawing on cave walls. Many boys want to hunt the ball-handler, take his prized possession, and take the other dude’s girlfriend.
The males on your team who have something to prove need you, Coach. They want to crush the souls of other children. It’s YOUR sole responsibility to enable this. They wish to dismantle the dreams of their opponents’ fathers. It’s your job as a coach to facilitate this until it becomes their reality. If your defender hates being shown up, teach him to protect the goal at all (legal) costs. “Put the stick down, Billy!”

Girls are expected to “play nice”

Some [male] coaches stray from putting girls on their team. I didn’t mind; I saw our girls break many a boy’s pursuit of fulfilling their dads’ quest for glory. I tried to teach our girls to be just as aggressive as the boys, but I didn’t have to train this skill long. Many girls are pre-packaged with aggressive behaviors. The movie Mean Girls—I’m assuming, proves this. Upper-level women’s soccer proves this. For the nerds out there, here’s a wordy article on a girl’s ability to display “social” aggression. It says, many girls are vicious with their ability to bring social embarrassment to other children. In any other scenario, this could be a terrifying quality. It’s hard to watch Tina in accounting mind-thrash Stacy from business operations at the watering hole. It’s tough to watch Bridget from marketing run a smear campaign on some woman who took her future boyfriend and still believe girls always play nice. If we frame this topic with a famous quote from former First Lady Michelle Obama, “When they go low, we go high”, Tina Taekwondo’s method of shoulder-tackling an unsuspecting child makes more sense. She also stood over him laughing, asked why his parents are divorced and if that makes him some kind of orphan-child, which was a bit much. This was just her mind following the natural tendencies of other girls, just like her.
The girls who become professional soccer players, just like the boys, need aggression. This skill will give the difference needed for a team’s ability to win ballgames. The tough kids survive the cut. They’ll push through the other kids in their way. They’ll slide tackle a group of goal-hungry-affirmation-seeking-strikers to get there. Aggression is an absolute necessity if a child expects to survive as a professional soccer player. They’ll also need these strong qualities to achieve their soccer goals, if only for a season.

“What if one of my players punches a grandma?”

You: “What if my player punches a ref?”
Me: Most kids don’t have it in them to do this bold of a move. Can we focus on an actual problem? Like, what if your star player punches an opponent? What if your player gets so aggressive that he punches a grandma—Your grandma?
You: “Dude! My grandma’s dead!”
Me: Exactly. What if your super aggressive midfielder punches your dead grandma?
I don’t want to judge too hard, though. Maybe she had it coming. I didn’t know the lady. I can’t answer that kind of “interrogative.”

“A kid that swings at refs, other kids, and deceased grandmas, without intervention, is going to do it either way.”

As a coach, it’s our job to take that boiling anger and put it to work. Give that burning, hormonal rage an outlet to be productive. If you can bridle the inner Hulk, this will make the child more useful. This may lead to your athlete learning to handle his emotions and gift them with a productive life, or he may grow up to be a gravedigger with an insatiable fist-thirst for granny-face.

This may lead to your athlete learning to handle his emotions and lead a productive life, or he’ll grow up to be a gravedigger with an insatiable fist-thirst for granny-face.

One time, I assembled an all-star team and took them to play in an indoor soccer league. We pulled players from multiple teams in the area. I drafted out best scorers, strongest defenders, and the best goalies from multiple age groups. We trained in the normal “soccer” way. Drills, shooting, running around like goats at a county fair. Normal procedure. After a few weeks of preparation. We were ready.

For the first two or three games, our guys pulled off a win. It was EXHILARATING! Whoa, yeah! Look out world, we came to party, ya’ll!
Then—from out of nowhere—we lost. The other teams caught wind of this and took to beating our (now) defenseless players into mental, physical, and spiritual submission. The ruthless behavior of our opponents was horrifying. I lost sleep (couldn’t find it). Our guys’ strengths were no match for the penned up daddy-issues in the rock-hardened athletes we faced. They tore our naive hearts in two. They even bought grave-site property and spit on our future graves. The indoor soccer season left us embarrassed, confused, and hungry. (The games started at 8 am with an hour drive to the facility. It was hard enough to get there on time, much less eat.)
The next season of outdoor began, but I learned from my mistakes while indoors. I took a new course. We trained our kids to be tough. Encouraged them to be fearless. We also showed them how to pack a breakfast bar.
That season, the kids were UNSTOPPABLE. They’d been shown the ropes to using their kinda-harnessed aggression. We had sword fights, mosh pits, and sumo-style battles. We broke down the book, Sun Tzu‘s Art of War, as accompanying curriculum. When the games started, these kids were battle-hardened, and if they played too rough or had too many fouls, we blamed it on bad parenting. When the parents came to confront us on it, we said, “See, you guys have anger issues.”

Later, I will teach you how to make soccer players with a need to suppress their enemies. You might say, “They’re just our opponents, not our enemies.” Yeah, not yet. But get yourself a black belt in Taekwondo, introduce her to Sun Tzu, and see if those teams still like seeing your team on the schedule.
You will learn multiple aspects, focused topics, and drills to improve your team’s ability to incite fear in the hearts of their opponents, and your grandmother’s face.

A few of the topics coming your way:

Before we begin the training, you will need a few things:

This is just the beginning. It’s a journey. But it won’t be a scary one, at least not for you. The other team, however, better bring an extra pair of undies. Next week, we start the process of turning your players into these guys…

The Greatest Haka EVER?

Father of four boys, married to one wife, coaching enthusiast, and fiction/non-fiction author.

Be The Fun Coach That Wins!

Take a moment and  quickly share this post with your friends. The button for sharing is below.

2 thoughts on “Build aggressive soccer teams: Players that scare other teams back to their mommy”